Posted by Anthony Burke on October 8, 2015 in Theory |3 Comments 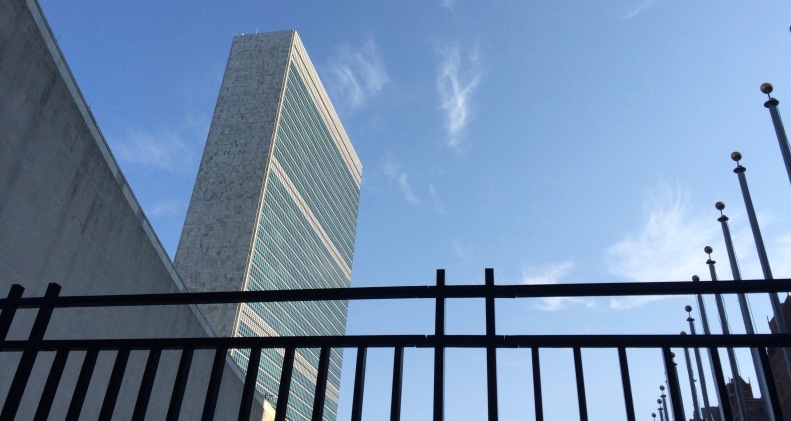 Last month the second installation of my work developing the theory of security cosmopolitanism was published in Critical Studies on Security, along with a second forum focussed on the theory with new commentaries by Pinar Bilgin, Rita Floyd, Simon Dalby, Oliver Richmond and Fiona Robinson. The issue can be viewed here, and the article accessed from my Academia page here. If you do not have access to the journal, you can request a copy via Academia.  However I would ask you to request that your library order a subscription to the journal – it is a new journal that is seeking to broaden the debate about international security in progressive ways, and deserves our support.

A brief excerpt below.

Security Cosmopolitanism: The Next Phase

“Security Cosmopolitanism” was published in 2013 with the hope that it might stimulate a new dialogue between traditional and critical security studies around an urgent problem: the globalization and intensification of insecurities faced by human communities and ecosystems, along with the manifest failure of state and collective security systems to prevent or ameliorate them. The article’s concern was with issues long of interest to traditional security studies, such as the use and threat of force, strategic instability and interstate war, nuclear proliferation, and terrorism; with related issues of concern to peace and conflict studies, feminism, and critical war studies, including the social costs of militarism and weapons/industry complexes, gendered structures of violence, and the systemic and social sources of war; and with issues that fall outside state-centric approaches, such as ecological destruction and insecurity, global health, global economic instability and injustice, transnational crime, humanitarianism, and crimes against humanity (for a more extensive treatment of some of these issues, see Burke, Lee-Koo and McDonald 2014). Its concern was a practical one: that both national security policies and paradigms mobilized by states and strategic alliances and collective security systems mobilized around international law, the UN system, and regional security organizations, were failing to grapple effectively with such forms of insecurity and in many cases were significant drivers of such insecurity (Burke 2013a). The classical model of international security, in which bounded ‘body-politics’ sought to immunize themselves from external threats, had long been inadequate to global realities. Both national security policies and global governance regimes based on the classical model often produced destructive ‘auto-immune’ processes in which the social body attacks itself in the very attempt to survive, sometimes to the point of political sepsis.

The theory understands security and insecurity broadly and systemically, although security was defined in the original article only implicitly. Security cosmopolitanism effectively defines insecurity as processes that threaten or cause serious harm to human beings, communities, and ecosystems; harm to their structures of living, dignity, and survival. In turn, it defines security as coordinated and multilayered efforts to eliminate serious and avoidable harms and protect humanity and the biosphere from them; as efforts to ‘create legal and structural frameworks that work to build security and ward off disastrous outcomes in a systemic fashion’ that is consistent with fundamental human rights and biosphere integrity. The classical immunization models of national and collective security fail to identify the interactive and systemic nature of contemporary insecurity processes, which arise as much from inside the state as outside it. Insecurities arise less from particular actors, events, or sites than from long-range processes in which many actors, institutions, decisions and (social-natural) systems interact and change across planetary space-time (Burke 2013a, 23, 17-18). It is these interactive systems and processes that we must collectively seek to transform in our efforts to seek security.

The focus here on ‘harm’ is also significant. It opens a multi-scalar appreciation of insecurity in which, for example, the insecurity and harm experienced by people living in a situation of domestic abuse can be as profound as that in a war zone, and result in similar post-traumatic effects; it avoids the analytical and normative traps of realist and Copenhagen school approaches by appreciating that serious harms can occur as a result of routine activities that do not take the visible form of an emergency or ‘existential’ threat; and, in a more materialist and post-human way, it broadens the class of things that experience insecurity beyond the state to humanity, non-human animals, and ecologies, and thus roots an understanding of insecurity in the material experience of vulnerability, degradation, hurt, and suffering experienced by bodies, communities, organisms, and ecosystems. Even as such experiences will be represented through political, cultural, and scientific discourse, they are also resistant to many discursive constructions of security, especially those that mobilize around identity. The cosmopolitan (and posthuman) normative commitments of the theory also come into play here, by insisting that all states and human beings have an equal right to security—a right, however, that rests entirely on the prior right of ecosystems to security from destructive human activities.

[1] I am grateful to Matt McDonald, Jonna Nyman, Audra Mitchell, Shahar Hameiri, Stefanie Fishel, Richard Jackson and the editors of Critical Studies on Security for comments on earlier drafts of this article. My warm thanks also to all the commentators, and to Nick Rengger, Karin Fierke, Nick Wheeler, Ian Clark and Hidemi Suganami for hosting visits to the Universities of St. Andrews, Birmingham and Aberystwyth in 2013 to present this work.